The Differences Between Civil Lawsuits and Criminal Cases

A civil lawsuit may be brought against a person or a business for any number of reasons. A criminal case will seek to punish a defendant by doing time in jail or prison, as well as possibly paying fines, or maybe performing community service. By contrast, in a civil suit, a plaintiff brings the action with the intention of being awarded compensation for the harm that resulted from the defendant's actions. In essence, a criminal case seeks the outcome of punishing the wrongdoer for a crime, but a civil case seeks to pay restitution to a victim.

Civil lawsuits in Grand Prairie, as well as in other Texas communities, may be brought by anyone for a number of reasons. This could include a breach of contract, a broken lease, payment for pain and suffering in a car accident, a slip and fall accident, medical malpractice, injuries resulting from defective products, or any other number of circumstances.

While a criminal case must prove guilt beyond a reasonable doubt, the burden of proof is much less in a civil case. In this instance, an attorney must only show that there is liability based on a preponderance of the evidence. This essentially means that it is more than likely that the facts of the case are true, which is a lesser standard than in a criminal case.

Also, while a criminal charge must be filed by a prosecutor, a civil case can be instigated by anyone, including a private party who is claiming that they suffered some kind of damage.

What Happens in Most Civil Lawsuits

While an attorney and their client must be prepared at all times to seek a civil lawsuit through to a trial, the reality is that the vast majority of civil suits will be settled long before they reach the courts. Both sides are often forced to partake in mandatory settlement negotiations in an attempt to reach agreement, thus avoiding the expense, time, and stress that a trial can produce. Settlements are also beneficial because they guarantee a plaintiff will win their case, removing the prospect that they could walk away without any kind of remuneration.

The Hixson Law Firm serves clients in Mansfield, Arlington, Grand Prairie and other nearby Texas communities.

Most people who meet Lee Stringham have come to know him as Suzanne's husband, a father of five children, and an enthusiastic entrepreneur. Raised between Washington, Oregon, Texas and New Mexico, Lee has been involved in banking and real estate transactions since 2002 and has been practicing law...

Thank you for contacting us. We will get back to you shortly.

Please complete all required fields below.

[LAW FIRM NAME] Is Here for You 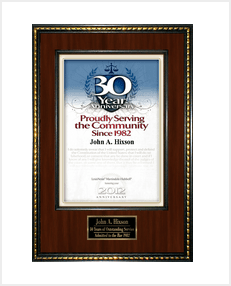